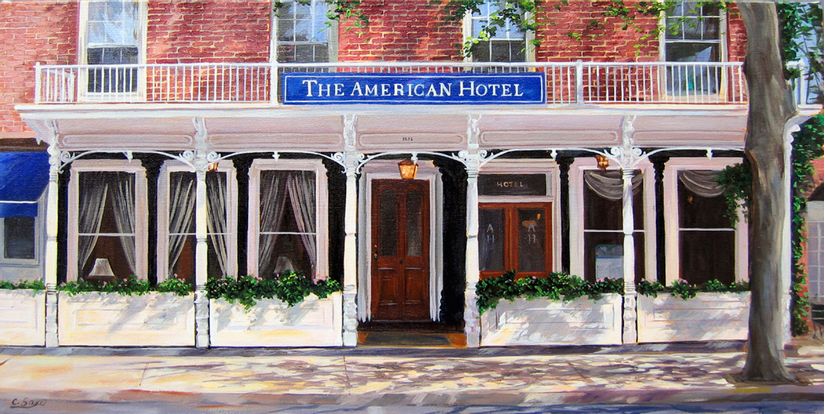 Share
In the American Hotel wallpaper mural, painter Carol Saxe captures the historic Sag Harbor inn head-on. The hotel itself is thought to be the earliest residence built in Sag Harbor, and its long history predates the start of the Revolutionary War. The iconic and eye-catching white gothic revival porch was added onto the hotel's red brick faÃ§ade later, creating shaded patio seating for the hotel's restaurant. In Saxe's painting, the sidewalk leading up to the building, as well as The American Hotel itself, are aglow in dappled sunlight falling through the tree canopy overhead. This mural makes it easy to add an element of history and tradition to any space, both public and private.