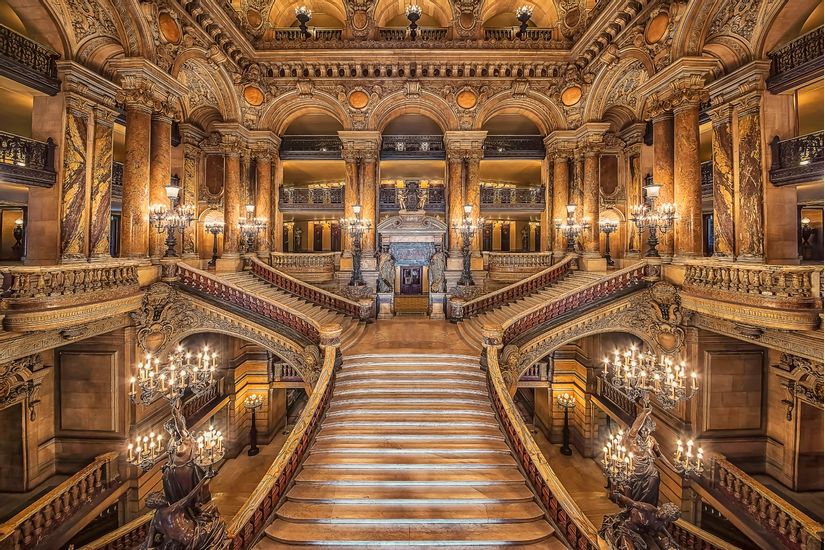 Share
Give any room the royal treatment with the elegant interior scene in our Palais Garnier wall mural. Known for its palatial opulence, this French opera house was built for the Paris Opera at the behest of Emperor Napoleon III in the late eighteen hundreds. The ceremonial grand staircase of the Palais Garnier contains white, red, and green marble which gives the structure an ornate and luxuriant feel. Created by Manjik Pictures, this interior architecture mural is an excellent way to increase the perceived depth of a space while also lending a luxe atmosphere to your room.