HomeShop MuralsAll For One Mural Wallpaper 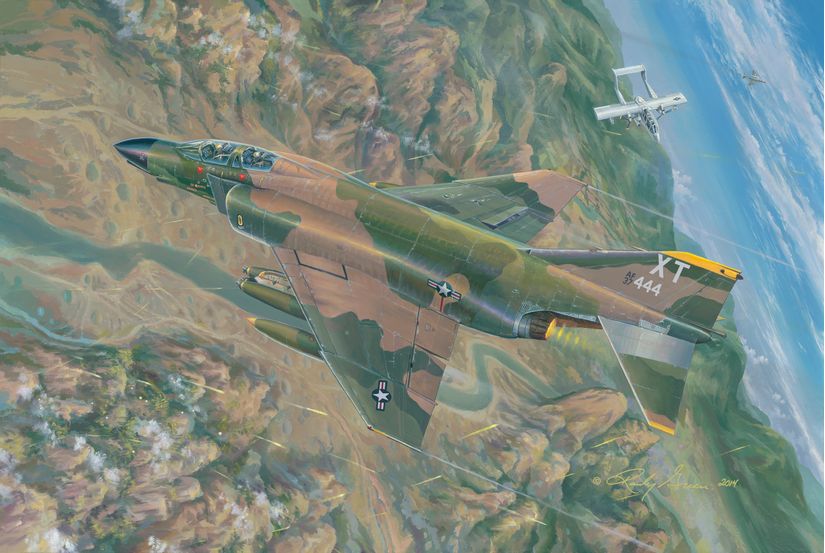 Share
Witness a dramatic aerial assault with the All for One mural wallpaper. Painted by artist Randy Green, this high-energy mural depicts two American F-4C Phantom fighter airplanes engaging in evasive maneuvers over the rocky landscape of Vietnam. This scene, inspired by true events, shows the fighter jet in a steep dive, getting into position to drop mines over the target area. Shortly after, the plane is hit by AAA fire and the crew is ejected, leading to the largest search and rescue effort ever launched by the United States Airforce, now known simply as Boxer-22.

All For One Mural Wallpaper